Firstly it has to be said… Happy New Year folks!

As much as I hate starting off with what you’ve probably seen COUNTLESS times on social media the past few days, it’s still customary to wish virtually every person you come into contact with a joyful start (to what’s often referred to as) ‘the new chapter’. Oddly enough I’m a bit of a weirdo when it comes to the ‘new chapter’ thing – in fact, I’d prefer a whole ‘new book’ instead. I tend to live my life in volumes rather than chapters, so it seems much more exciting starting a whole new book that just another page; but that’s coming straight from the mouth (or keyboard) of a self-confessed stationery addict, who has more notebooks under her roof than socks, knickers and bras combined. Shameful? Not at all… who needs undies anyways 😉

However, one thing I do appreciate is setting goals. I’m done with the ‘resolutions’ as quite often (in fact, every time) I don’t manage to stick to them. There’s NEVER been a year I can look back on and say “Ahhh I kicked the ass clean outta my New Years Resolutions… I’ve lost weight, bought a house, kicked my fizzy drink habit…” blah blah blah… you get the drift. So instead of setting resolutions, this year, I’m setting goals instead. 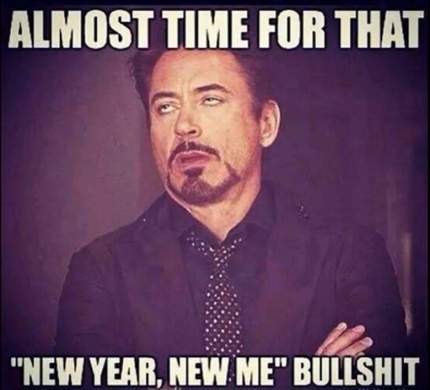 Now you may be questioning ‘what’s the difference between resolutions & goals?’. Well, I was pondering that very same thing a few days ago and came to no conclusive answer either… apart from resolutions being something we tend to do from the word go. For example, waking up on the 1st January and not consuming one droplet of fizzy stuff or emptying the house of all choccies & insisting the diet starts today. Goals, however, are more gentle… they comfort you by being something you’re reaching for. You may be still consuming Fanta next Friday but by mid-March who knows? You see? Much more gentle, right? I’ll just pretend you’re nodding rather than rolling your eyes of course.

GET HEALTHY – How utterly original huh? But it has to be said, I think we’re all on the boat to Health-Ville come 1st January. Usually, the all-inclusive trip lasts for a few weeks (a month if we’re really persistent) BUT like I say this is a goal, NOT a resolution, so maybe by July I’ll be enjoying bountiful bowls of rocket drizzled in some obscure skinny sauce that tastes like out-dated lemon juice. However, swapping a Tunnocks Mallow for a dry slice of Ryvita is out of the question girls.

BE MORE ACTIVE ON SOCIAL MEDIA – I say this almost every year (as with getting healthy and it seems to be having the opposite effect). I’m STILL not getting the whole Instagram thing. The rush hasn’t hit, nor has the desire to post pictures of random items for no solid reason other than gaining a few new followers. Is it just me or am I the only user that see’s it this way? Hmm, maybe my new phone will change all that considering the camera is super-duper fabulous compared to my last little pensioner iPhone 4. Maybe I’m not using the filters enough? Or hash-tagging the contents of the Oxford dictionary. I’ll carefully revise these methods and report back. Actually, come to think of it I need to be more active in general – let’s cut the bull and include this in all areas of life. Much better.

WORK ON A SCHEDULE – Ever since I’ve been lumbered with the aches and pains of a 109-year-old, my schedule has gone to pot. In fact, on my worse days, I couldn’t even tell you what day of the week it is let alone what I’m supposed to be doing or where I’m supposed to be going. However, having invested in a fancy-schmancy organiser (that I’m slightly obsessed with) I’m determined to stay grounded and make a rude finger gesture to my Fibro, Arthritis, Lupus or whatever the feck they think it is *rolls eyes*

DRINK MORE WATER – Here we are back at the consumption stage again. As you can tell I have a slight ‘problem’ with anything that’s not carbonated, however, that being said I’m trialling squashes mixed with fizzy water – which I feel is a MAAHOOOSIVE step for me. These people that love water (and make such a blatant show of it by carrying their Evian bottles round like a Michael Kors clutch) fill me with a sense of curiosity. Are they REALLY enjoying the taste of nothingness OR is it simply a health-conscious fashion accessory? Perhaps it’s psychological trickery of the mind to feel healthier? The jury’s still out, but damn it I’m determined to actually somehow kick my fizzy habit… and waft about with my own little bottle of Evian one of these days – but with the goal of actually drinking the contents of course 😉

KEEP ABOVE IN PLAIN SIGHT – I always think that writing a New Years’ blog post is more than enough to keep me topped up in enthusiasm, but when the comments trail off and the memory fades, quite often so does the desire to keep the goals alive. So with that in mind, these will be appearing on bill boards (aka the fridge & bedroom mirror) located throughout the Confetti & Curves HQ. Just to remind me what the heck I’m actually aiming for.

We’ve got this girls 😉

Are you making any New Years Goals? What would you like to achieve in 2017? Let me know in the comments below – who knows, I may even extend my above list through the adopted inspiration of others! 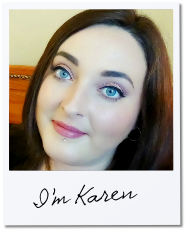 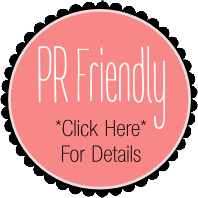